How Much Caffeine is in Some of Your Favourite Drinks?
We use cookies on this website to enhance your user experience. We also use cookies to determine your preferences and deliver advertising to you. By continuing to browse this website you are agreeing to our use of cookies. For more information on the types of cookies we use and how to disable them see our Privacy Policy.
Billi UK > News > Educational Information > How Much Caffeine is in Your Favourite Drinks?

How Much Caffeine is in Your Favourite Drinks?

Caffeine is used by many as a crutch. For those of us who don’t get enough sleep, we rely on cups of coffee or energy drinks to give us a kick-start in the morning. Getting our energy from a mug, bottle or glass is an easy solution to the problem. But, what is the caffeine content of your favourite drinks? Some of these may surprise you. Read on to find out just how much caffeine is in coffee, tea and coke to name a few. 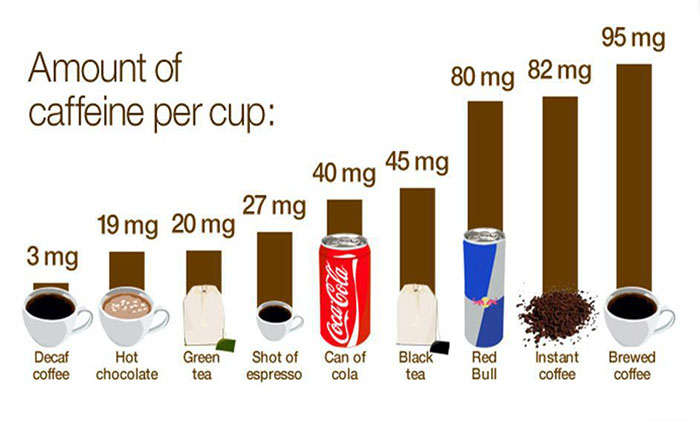 Coffee is the go-to drink for most people when they need a pick me up. It’s warm, tastes good and it’ll give you an energy buzz. It is the biggest dietary source of caffeine, but different factors can affect the caffeine content. The type of beans, type of roast, length of brew and serving size can all affect caffeine content.Traditionally, high street coffee shops serve dark roast coffee. This coffee has a slightly bitter flavour, which you may think means more caffeine, but this is not the case. Light roasts tend to have more caffeine than darker roasts, even though dark roasts have a richer flavour. For an average cup of coffee, you can expect to get about 95mg of caffeine. However, if you’re a fan of the double shot… It’ll definitely be more. In your standard one-shot latte, there is around 77mg of caffeine. For a large Americano with two shots, you could be consuming up to 450mg of caffeine. 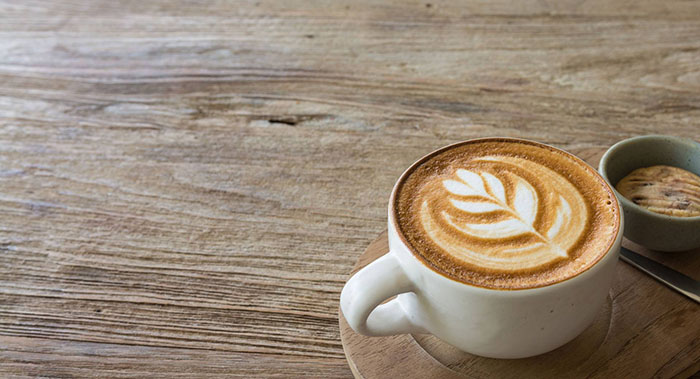 Contrary to popular belief, tea is high in caffeine. Though it’s caffeine content doesn’t quite rival coffee when brewed, tea leaves do have a similar caffeine content to brewed coffee. Black, White, Green and Oolong tea all have the highest caffeine content. Compared to coffee though, which many people drink black, tea is usually diluted with milk meaning the effects of the caffeine are weaker. Furthermore, tea is usually brewed for a shorter amount of time than coffee, the longer a tea bag is brewing for, the more caffeine it will transfer to the cup. For each individual cup of tea, expect to find around 27mg of caffeine.

It’s no shock to most people that Coke is high in caffeine. Referred to as one of the first energy drinks, Coke has been around for a long time and is well known for its sugary sweet taste. An original can of Coke can boast around 35mg of caffeine. Interestingly though, and unknown to most, Diet Coke actually contains more caffeine. There are 46mg of caffeine per can of Diet Coke. So, even though the sugar content is much lower in Diet Coke, the caffeine content is higher. 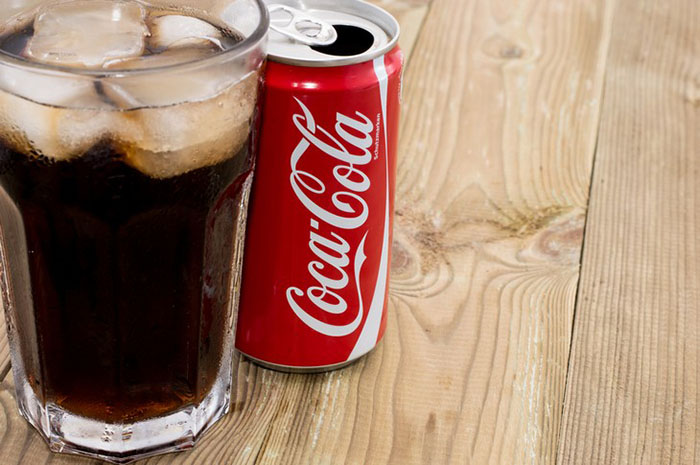 This one may have been easier to predict. As a self-promoted energy drink, one would expect Red Bull to contain high levels of caffeine. Whether you’ve had a late night or an early morning, it’s easy to turn to Red Bull to give you kick start. Did you know though, that a Red Bull contains around the same amount of caffeine as a cup of coffee? A can of Red Bull has 80mg of caffeine in.

For the best health, ideally, you want to consume as little caffeine as possible. It’s easy to reach for a cup of coffee or energy drink, but instead, try and tackle the root of the problem. Sleep more, drink water and stay hydrated and eat a healthy diet. This way you’ll feel more energised and won’t need to reach for the caffeine!