Office Design Trends How have they changed? - Billi UK
We use cookies on this website to enhance your user experience. We also use cookies to determine your preferences and deliver advertising to you. By continuing to browse this website you are agreeing to our use of cookies. For more information on the types of cookies we use and how to disable them see our Privacy Policy.
Billi UK > News > Educational Information > Office Design Trends Over the Years: How have they changed?

Office Design Trends Over the Years: How have they changed?

How Have Office Design Trends Changed?

The way we work has changed drastically over the years. Reflecting – and often driving – this change is the transformation of the traditional working space – the office. Here, we look back at how office design trends have developed over the years and ask: what does the future hold for the office?

The 1950s represents an experimental period in office design trends – surprising considering this decade’s largely conservative associations. Earlier offices were largely reminiscent of the factory floor, characterised by a crowded, linear space for the many, overlooked by higher, private levels reserved for their superiors. But the fifties office was designed in open plan, adopting a less rigid, more free-flowing layout.

In a break with convention, the fifties saw the integration of a more democratic infrastructure in the form of ‘Bürolandschaft’. This German concept was adopted to provide a working situation which organically grouped desks together to encourage collaboration, conversation and interaction among workers, subsequently boosting productivity. From an aesthetic point of view, offices in the fifties were typically furnished with potted plants, lateral file cabinets, typewriters and G Plan teak furniture. 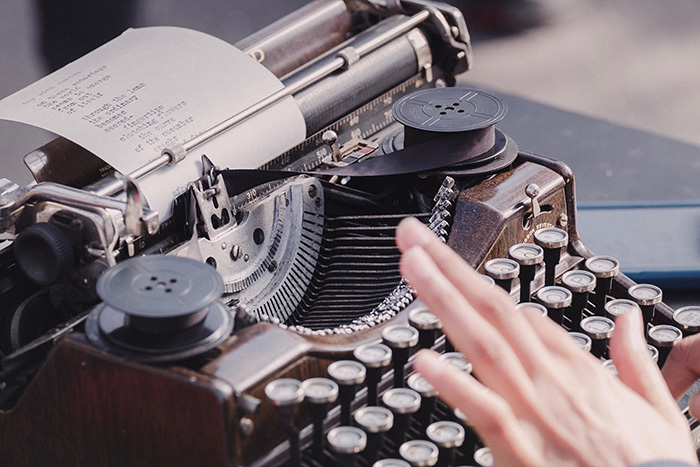 If you want a comprehensive example of the look and feel of a successful company’s workspace from the 1960s, HBO’s Mad Men a good place to start! This decade saw the rise of design-led office furniture, featuring more progressive application of colour and shape, largely thanks to the proliferation of plastic.

The 1960s also saw the emergence of the Action Office. Developed by Robert Propst, this concept seeks to maximise movement and adaptability. This was put into practice through the creation of each working station with a triplicate hinged wall designed to be open and flexible while offering the option of privacy. 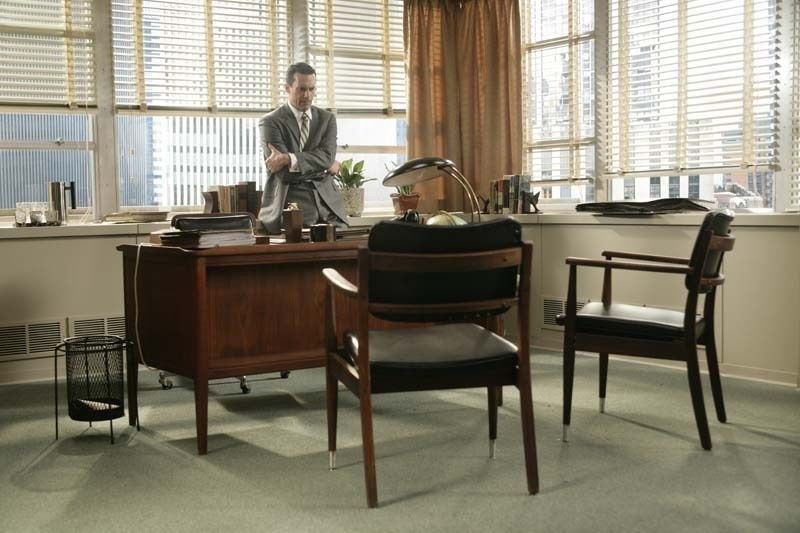 In the seventies, bolder, brighter colours made up the decor and workers had larger and more private workspaces. You might be surprised to learn that we have the 1970s to thank for the comfort of ergonomic office furniture. The Ergon was introduced in 1976 – the first chair of its kind, promoting the wellbeing of the office worker with its adjustable height and back support. Technological advances in furniture were yet to be matched in word processors: typewriters were still ubiquitous. Meanwhile, the cubicle rose in prominence during the seventies as a result of mutations of Robert Propst’s Action Office layout. 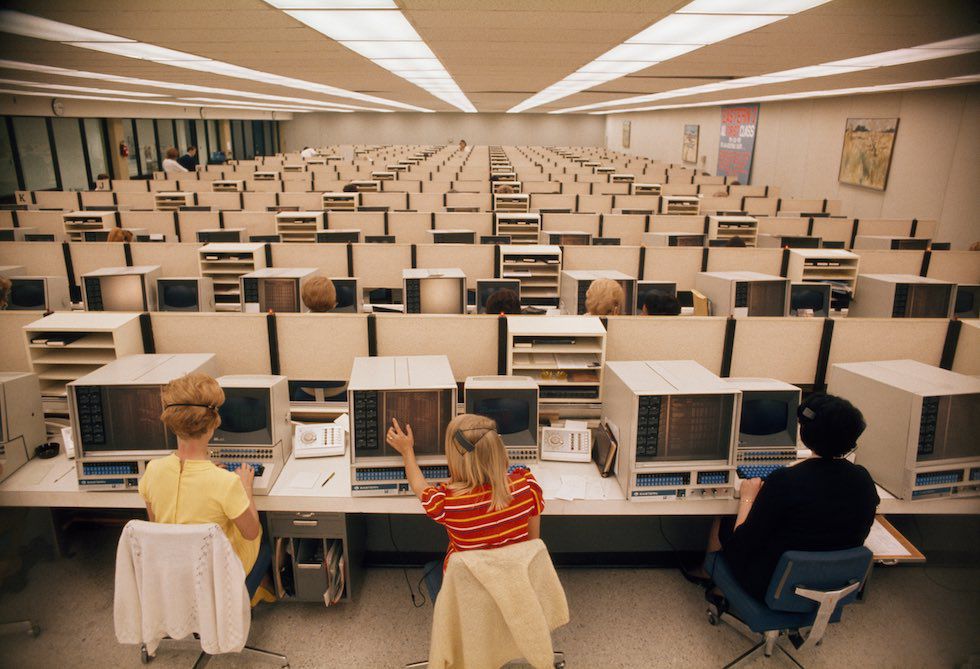 While the 1980s office is celebrated for the rise of computer technology and international telecommunications, it is also remembered for the widely castigated legacy of the Cubicle Farm.

Many profit-driven companies began to capitalise on available square footage by organising linear rows of employees in cubicles in a misguided attempt to increase worker productivity. In a total shift with regard to office design, modular walls were installed in droves and employees were enclosed, eliminating any remaining vestiges of the open plan format. Desks also took the form of heavy and complex units to account for the rise in word processors and fax machines. 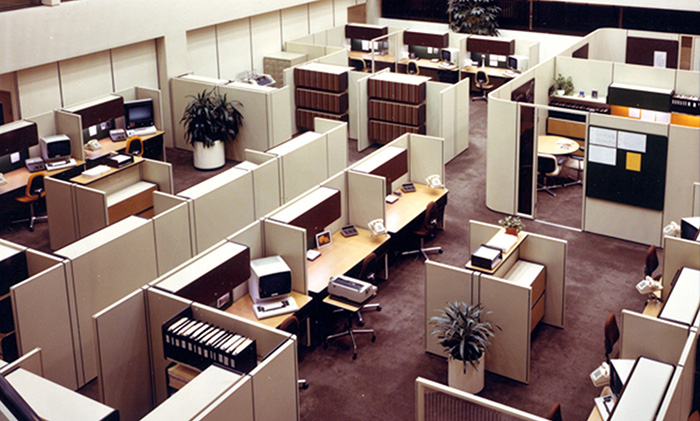 Aside from being a little more beige, the 1990s office might not have looked radically different from those of the previous decade. Private, enclosed workstations were still common. Personal computers were bulky, wires were still found in abundance and fax machines were yet to become obsolete.

Beneath the surface, however, a revolution was taking place. With the widespread ease of access to the internet, the nineties marked the true beginning of the Information Age, which would shake up the workplace forever. Throughout the decade, hardware would continue to get more compact, more powerful and more affordable. This outlined the genesis of the virtual office, as remote working became increasingly possible. 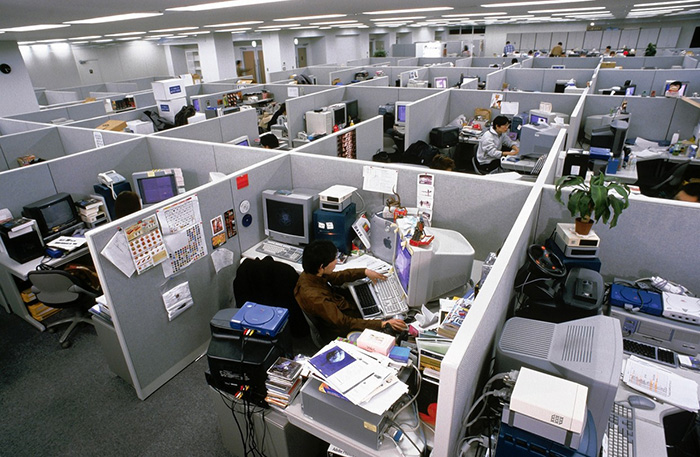 The noughties brought an end to desks dominated by huge PCs, which became much thinner and more compact. With wireless technology and digital filing, desks and offices became less cluttered. Dress codes became more relaxed and the work environment reflected this; with the millennium came a move away from more rigid office spaces characterised by lacklustre rows of desks or cubicles. As technology made working increasingly flexible, offices began to reflect this with diverse, multi-functional spaces. The boundaries between work and play began to break down and decor became bolder and brighter. 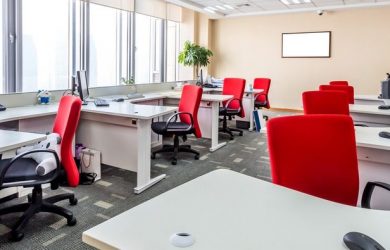 The current decade has seen office design trends building on the technology-driven trends of the noughties. Working has become increasingly fluid and workplaces continue to reflect the need for collaborative and flexible environments. A recognition of the importance of worker wellbeing has driven an increase in breakout spaces – areas to relax, socialise or play games. Introducing an element of fun has become a common occurrence in offices. As such, offices today perform ever-more multifaceted roles, seeking to stimulate, entertain and support staff in order to increase happiness, creativity and productivity.

With Green Office Week launching in 2009, the teens have also been the decade of the ‘Green Office’. An increasing urgency to protect the environment has meant the prioritisation of sustainability in office design. As such, office spaces have become more efficient and waste-conscious, embracing technologies which minimise the use of energy and water. 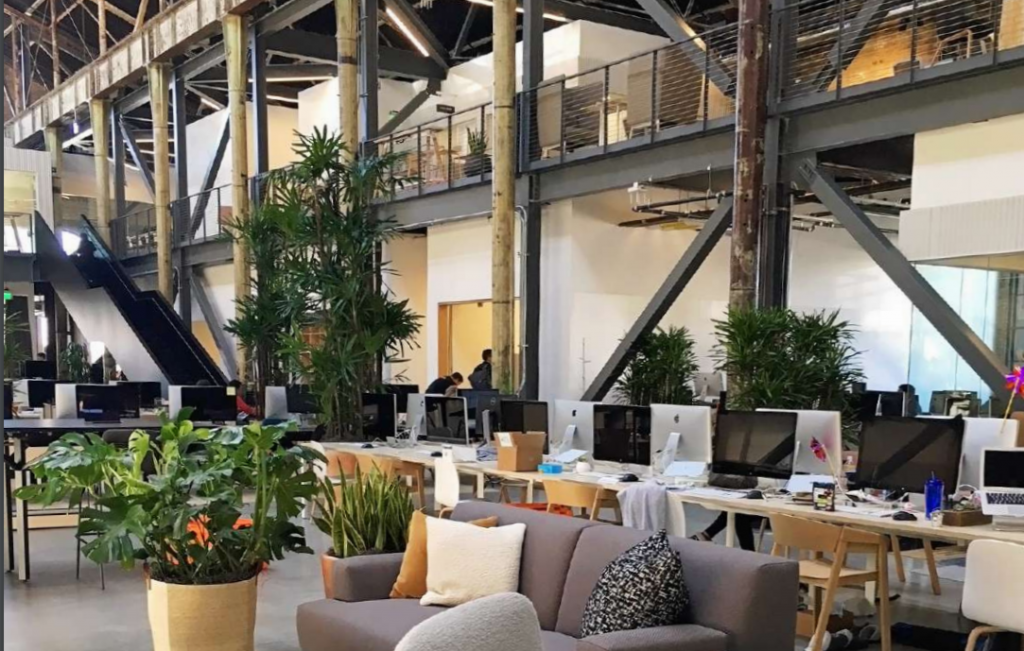 Looking to the Future

The trend of remote and flexible working doesn’t look set to end anytime soon. Indeed, its widespread adoption is increasing all the time, with predictions that 50% of UK employees will be working remotely by 2020. Even if it doesn’t happen this quickly, the general trajectory is unavoidable: more and more work will be done outside of the traditional workspace. As such, offices are likely to become increasingly dynamic. If rent for office spaces continues to increase, then flexible, multi-purpose workspaces will also be an economic necessity. This means fewer rows of static desks and more adaptable spaces that can be utilised for a variety of different working styles. 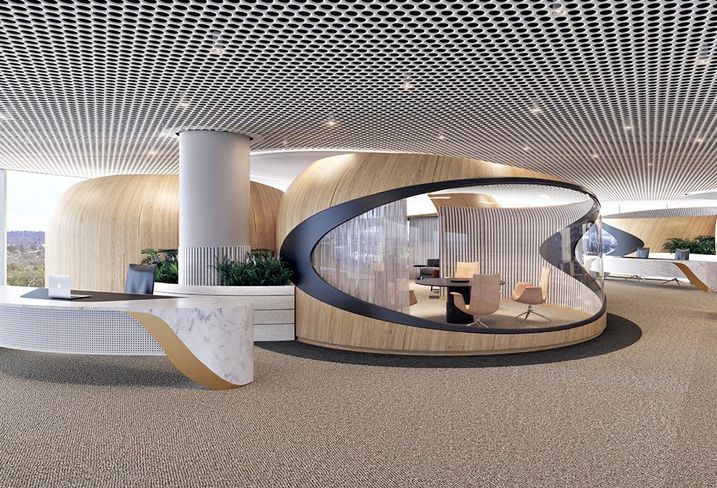 Flexible working hours and a better understanding of human productivity and creativity will likely continue to drive the current focus on wellbeing. This could mean more recreational spaces in offices and a greater need to provide comfortable kitchens and seating areas. Encouraging healthy habits among workers could also become more prevalent through offering benefits such as free fruit, gym memberships and meditation classes.

The deepening climate crisis means it is extremely likely that the future will see green credentials become increasingly important in office design. As such, expect to see innovative solutions being embraced by designers in the way of sustainable building materials, better insulation and energy-efficient technologies.

We are proud to have contributed to some of the most innovative, sustainable workplaces at the cutting-edge of office design. Contact us today to learn how Billi can be part of the transformation of your workplace.