The Billi Story - Billi UK
We use cookies on this website to enhance your user experience. We also use cookies to determine your preferences and deliver advertising to you. By continuing to browse this website you are agreeing to our use of cookies. For more information on the types of cookies we use and how to disable them see our Privacy Policy.
Billi UK > News > Educational Information > The Billi Story

Billi – the leading manufacturer and supplier of boiling and chilled filtered drinking water dispensing systems. But where did the name ‘Billi’ come from? 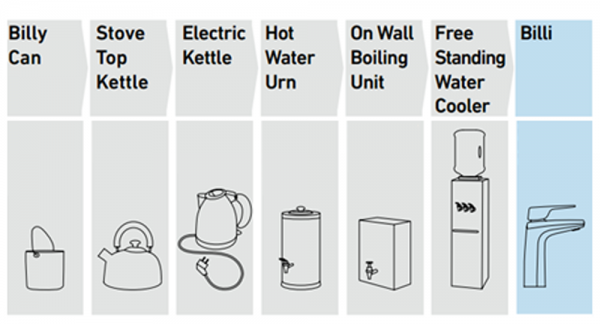 It all started with the billy can, also known as the “billy”. In Australian history, this is referred to a pot used to boil water over an open fire. This provided boiling water for making tea and coffee as well as purified water for the next day travel through the Outback.

Afterwards, kettles were introduced with the history traced back to ancient Mesopotamia and they have gone through an evolution process in their own right. From Stove Top Kettle to the first Electric Kettle sold in the late 1800’s which later on became automated in the 1950’s. The demand for a large volume of hot water was then catered by the hot water urn, popular mainly at conferences and seminars to make tea and coffee. This also came in a format of a wall-mounted boiler.

Not long after, the growing trend moved from wall boiling units to free-standing water coolers which gave rise to the term “water cooler conversation“. In 1989, the Billi inventor, conceived and manufactured a ground-breaking under counter boiling and chilled filtered drinking water system and the Billi brand was born!

Having set the standard back then, Billi continues to innovate. We keep pace with modern building techniques, legislation, certification, contemporary interior concepts and changing consumer trends. 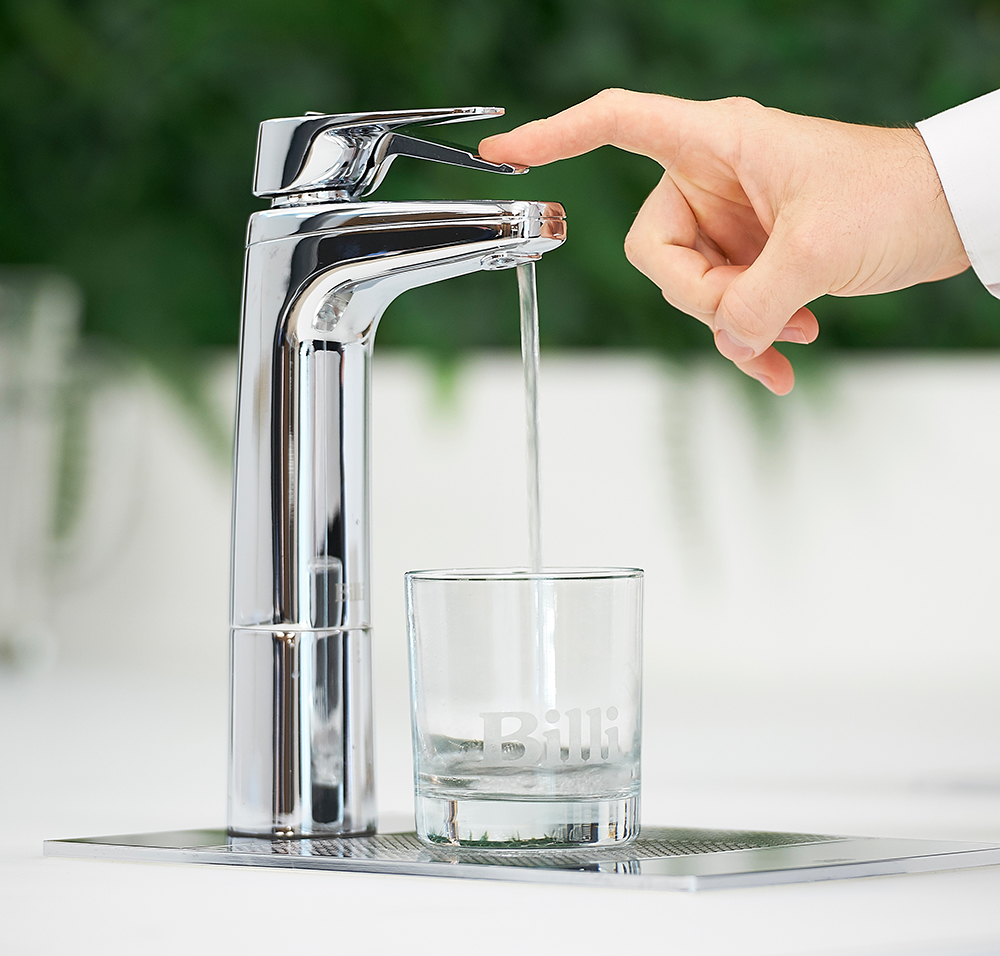