Our competition winner donates his prize to The Spa Valley Railway
We use cookies on this website to enhance your user experience. We also use cookies to determine your preferences and deliver advertising to you. By continuing to browse this website you are agreeing to our use of cookies. For more information on the types of cookies we use and how to disable them see our Privacy Policy.
Billi UK > News > Company News > The winner of our competition donates his prize to The Spa Valley Railway…

During our London Showroom Launch Day back in September, we ran a competition to win a brand new Billi Eco XL, boiling and chilled filtered water system. The winner, Mr Richard Kendall, Senior Public Health Engineer from Chapman BDSP, was contacted with the news straight after the launch and we officially congratulated the new owner at the showroom a few weeks later. 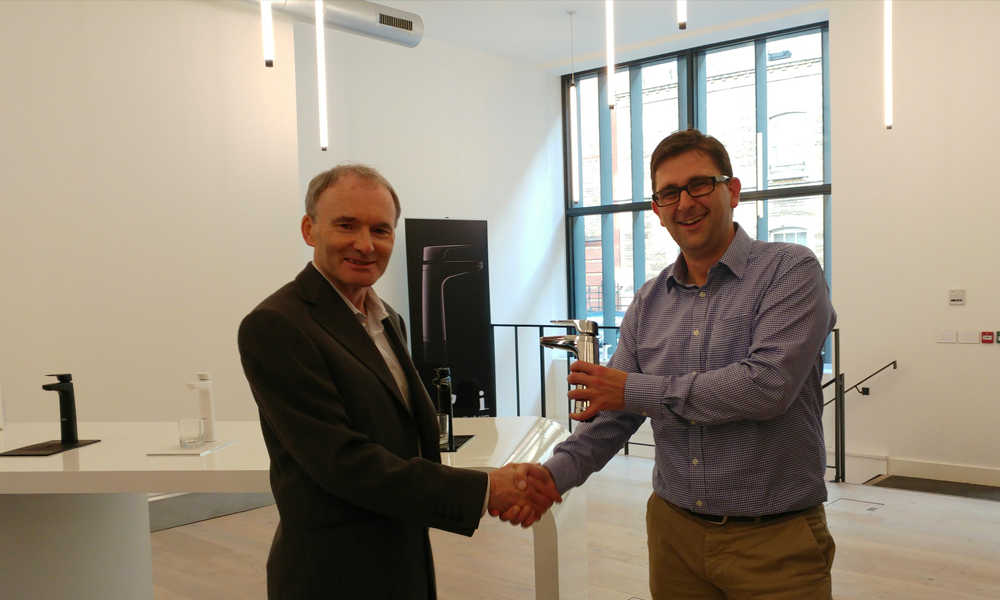 However, Richard had some other plans with his prize. As a proud member of The Spa Valley Railway for many years, he decided that the Billi system will be more usefully enjoyed there and informed us about his donation plans.

The SVR is run entirely by volunteers and all profits are ploughed back into many restoration projects and improvements so I decided to donate the Billi system to the railway to provide a valuable contribution to improving their catering offering.
Richard Kendall, Chapman BDSP

The Spa Valley Railway is a standard gauge heritage railway that runs from Tunbridge Wells West railway station in Tunbridge Wells to High Rocks, Groombridge and Eridge. Visitors can admire the High Weald landscape from the comfort of a restored 1960s train. The railway is open for most of the year and attracts over 30,000 visitors with a range of special events such as diesel and steam gala’s, dining trains, an annual CAMRA beer festival and family events such as santa specials. Also on offer are driving experiences and hire of trains for private events. 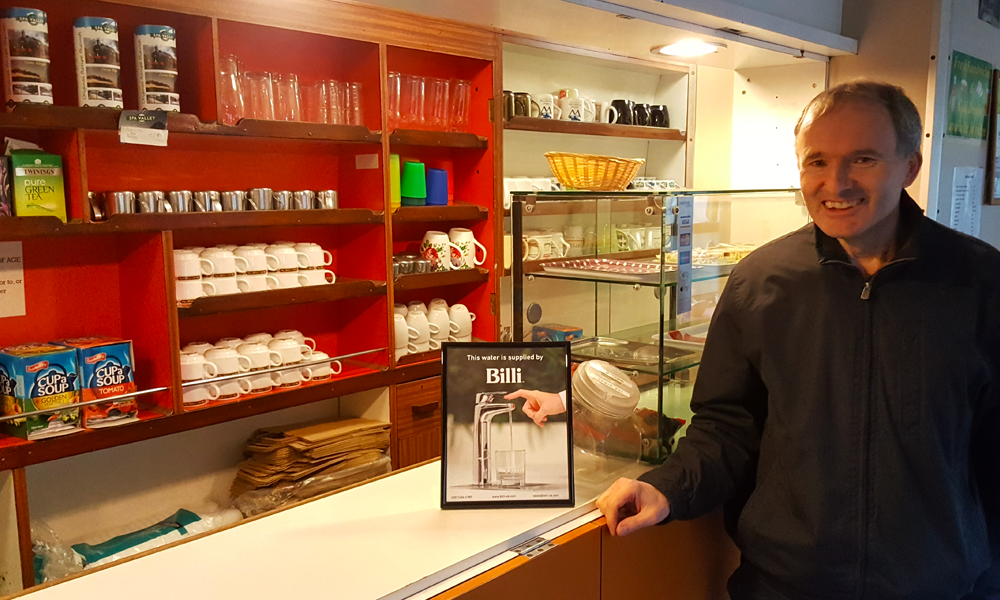 Richard, the first customer to order a hot drink served by the Billi system.

Steve Lebourn, one of our London-based engineers, completed the installation on Monday the 14th November in their static buffet coach which sells drinks and light refreshments. We believe that Billi Eco XL was a perfect choice for this project as the space efficiency was absolutely the key to provide a replacement for the kettles and filtered water systems used before. Billi boiling and chilled system will help the staff to serve their drinks more efficiently and reduce the waiting time.

The installer was professional and committed to doing a good job and went further than expected by helping to adapt the existing pipework and shelving. The catering manager was very happy with the installation and on completion the area was left clean and tidy with all packaging removed. I work on many commercial projects and would have no hesitation in specifying or recommending Billi systems.
Richard Kendall, Chapman BDSP

At Billi, we aim to provide a world class customer service experience at every touchpoint during the customer journey – the Billi Experience. We are pleased to hear the positive feedback from Richard as well as the staff at The Spa Valley Railway.

We are really glad that we had this opportunity to be involved with such a great project and we wish The Spa Valley Railway a lot of happy customers.